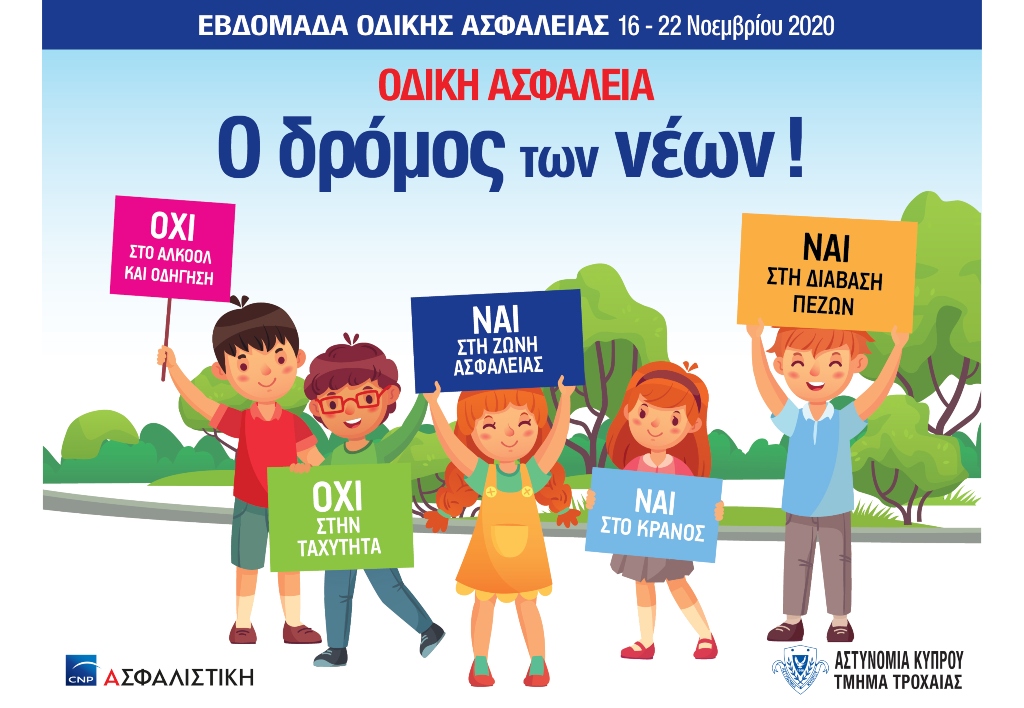 Road Safety . . . The young peoples’ road
For the 21st consecutive year, CNP ASFALISTIKI and the Police Traffic Department, co-organize the Road Safety Week, during the week of 16 - 22 November. The initiative aims to raise awareness and inform the public, especially young people, on issues related to Road Safety.

With the main message “Road Safety . . . The young peoples’ road”, this year’s campaign is adapting to the new conditions due to the pandemic, utilizing the Mass Media with radio messages and the Social Media with relevant posts. Additionally, this year a novel way of approaching young people was adopted, that is a competition using the popular Tik-Tok application. The competition took place from the 2nd until the 8th of November and featured three winners, who won one tablet each. The three winning films of the competition can be found on the website www.cnpasfalistiki.com and on the Facebook page of CNP ASFALISTIKI.

The Road Safety campaign is under the auspices of the Honourable Minister of Justice and Public Order.